How Profitable Are Daycare Centers?

How much money do daycare owners make?

The owner of a daycare center with 36 children enrolled can expect to earn $60,000-$100,000 annually in take home salary. Location and demand for services affect income, as with all professions. Those who run larger centers will typically make more money.

Are daycare centers a lucrative business?

There are over 750,000 daycare centers in the United States, and their expansion rate is anticipated to be 3.8% between 2020 and 2027. Daycare centers, also known as early learning centers, sound like profitable businesses. More entrepreneurs are interested in investing their money to open their own daycare centers due to the enduring need for these facilities. Before you start stacking up on apples and juice boxes, let’s see whether it’s worth it.

The earnings of a daycare proprietor are determined by the number of children they care for. If 36 children are enrolled at a daycare center, the proprietor can expect to make anywhere from $60,000 to $100,000 annually in take home salary. A proprietor of a larger establishment will typically have a higher income than a proprietor of a smaller one.

Location and demand, of course, play a role in determining how much money an entrepreneur will make.

Location, size, and demand are some of the reasons for these numbers. Getting a business off the ground is complex, and maintaining it is no picnic either. Even though most initiatives have the potential to generate higher profit margins than average owners, keeping them is also a challenge. We will discuss some aspects of daycare centers that make them profitable here.

It’s a mistake to think that every daycare facility will yield the same amount of money. There are endless variables that affect the profitability (or lack thereof) of a business.

Because of the numerous components that affect it, an establishment’s owner can customize a wide range of aspects of the enterprise, from the facility’s design to the snacks served for lunch. Here are some of the most significant ones (and their effects on owner’s wallets).

There are two main categories when comparing daycare centers: home-based and commercial. The size of the business is determined mainly by this factor, not by profits. Home-based centers have the highest profit margins.

Starting a daycare business at home is a great way to start with minimal overhead costs. These centers are often quite profitable because they have low operating costs and do not require additional workers.

These are limited in size to a small number of children that may be at a residence supervised by one or two individuals. With simplicity, there is a relatively small income ceiling.

As time passes, the business will grow, and the home will no longer be able to handle the extra children. When that happens, the daycare center will move into an actual physical structure, and the income ceiling will rise even higher.

A commercial center is daycare provided outside of a home environment.

Owners and their employees watch children at these early learning centers, which are commercial buidings. They usually consist of multiple rooms, such as dining rooms, indoor play areas, and fenced outdoor areas where playgrounds may be installed. They are usually more visually appealing to parents and more appropriate for children.

Additionally, maintaining a daycare facility without a physical location increases the number of kids that can be cared for but also boosts the expenses. Since you will need more workers, maintenance, materials, and potentially transportation to handle a large number of children, note that initial small childcare centers will suffer as they adjust to the larger daycare facility.

Owners must keep their business expenses in check at all times. Monitor spending and ensure it is in line with your company’s expenses as you fill it with children.

What are the most lucrative daycare centers?

The daycare field is no secret about making money; you must have customers that need and are ready to bring their children to an early learning center.

Daycare centers should be placed in areas that are densely populated. Customers will not travel a long distance every day to drop off their kids at daycare.

The facilities near prominent universities or in densely populated areas will have the most success in attracting customers, which will, in turn, create a profit.

In areas where schools and neighborhoods are far apart, daycare centers have a tough time making money. These locations have a cap on how much money they can attain.

Because there are fewer children to serve, it costs more to advertise and attract new customers. Most daycare centers are enrolled by families whose friends or family members refer them. When you have fewer families in your care, there will also be fewer of these referrals.

The most lucrative daycare centers are those with the highest tuition.

Daycare centers earn the highest profits by charging more for their services, apart from initially attracting clients. The cost of tuition is determined mainly by the cost of living in the area.

Daycare centers in areas with higher living costs charge their clients accordingly. Parents in these areas are willing to pay a little more for childcare and are more accepting of higher fees. Maintaining higher standards in these areas will be rewarding, of course.

There are various issues that can cause problems for daycare business owners when they are focusing on generating continuous revenue. When making money, there must always be ongoing or growing cash flow.

Owners who anticipate events that might damage their company’s bottom line plan ahead to minimize the damage. Foresight and problem-solving are critical to preventing potential revenue losses. It is imperative that owners keep thinking forward. Here are a few examples of major potential issues and how they can be avoided.

Children don’t remain in daycare forever, usually for a year or two at the most. Therefore, it takes constant work to locate new clients. The more students enrolled, the better the chance of higher profits.

Successful childcare facilities constantly advertise and maintain their capacity full. Daycare centers frequently advertise in the media, at local gyms, and at grocery stores, among other locations. Working parents are likely to encounter advertisements in places where they will require early child care services.

Turnover in a daycare center is a necessary evil. Employees don’t earn much in a daycare center. Sick time is often the only benefit they receive. Health insurance and retirement plans are frequently absent due to low wages. Generally, employees don’t stay for long periods because of the low pay. Those employees are working for experience and passion because they attend school or work.

The state ensures that child care and early learning center maintain the appropriate standards. In order to keep their facilities in compliance, owners must keep careful track of how the standards are shifting. These standards are revised on a regular basis, and as a profitable daycare operator, you must keep track of them.

If a facility violates a code, the business will be shut down until it is corrected. The doors will be closed and locked if a company is not profitable.

It’s still (and will always be) an issue to get customers to pay. Daycare is a considerable expense for any family, regardless of the rate. Typically, families will spend between 10% and 15% annually on childcare. The majority of daycares charge weekly or monthly. This means that someone is often responsible for collecting payments.

Ninety percent of daycare owners say that this is one of the most challenging aspects of running a daycare. This is one of the more stressful aspects of the job. Sometimes owners make arrangements with parents to pay at a later time, and this does not always work out well for the investment. Furthermore, daycare centers in lower-income areas experience the issue tenfold more than those in higher-income areas.

Because both parents choose to work to provide for their families, daycare costs have risen. In other words, there will be more children who need daycare in the future, and the cost will rise in tandem.

It is possible to see the trend by looking at cost by state, just as the cost of living in the area influences the cost of childcare services. Washington D.C. daycare centers charge the highest rates, followed by California, Oregon, and New York, even though the state is not a state.

North Dakota, Utah, and Delaware are states where daycare centers charge the least. It’s not necessarily the case that prospective business owners will want to move to a different state to open their business, but it’s definitely worth considering if they are seeking profits.

How much does it cost to start?

A savvy investor must consider how much time it will take to recoup their initial investment when deciding how much to spend on starting a daycare business. It is a relatively simple business to get off the ground, but it will cost between $10,000 and $50,000, or even more, depending on size.

The larger the investment, the longer it will take to recoup your initial investment. Incentives and grants are available in most states to assist with the initial costs of opening an early learning center. Don’t leave money on the table by ignoring these opportunities.

Owners must keep an eye on money and everything it encompasses to be successful and profitable. Rates should regularly be checked against the competition to ensure they are in line with it. Expenses must be tracked and controlled to prevent money from being wasted. Supply prices should be checked often, as daycare should strive for the best deals to maximize revenue. Managing a business should not be taken lightly, as rates and costs may change daily.

If you love what you do, you’ll never work a day in your life.

The excellent information for anyone thinking about establishing their own early learning center is that there is a lot of business and numbers involved. However, it should be noted that the majority of people enter the profession because of their passion.

If investing in children and developing youth is not one of your greatest passions, then consider investing in something else.

Investing in a daycare center can be a financially lucrative venture, but money is not usually the primary motivator for people who enter the business. Instead, people who are passionate about children and derive satisfaction from caring for them will have the advantage of building a thriving daycare center.

What makes daycare centers most profitable?

Efficiency.  Be efficient, but don’t compromise quality or child safety.

Being careful and putting in a little extra effort are two ways you can be heavily rewarded in this line of work. By following the rules, you’ll save time, money, and stress as a result.

We don't promise to write new content every month. But when we do, you'll be the first to know. 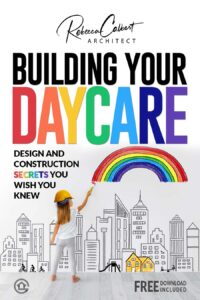 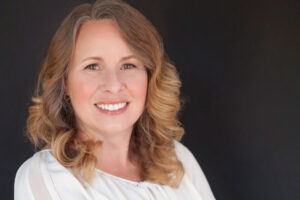